“I would like to extend a warm welcome to my Plastic Surgery practice. The philosophy of my practice is based on commitment, dedication, and excellence. I understand that every plastic surgery patient is unique with individual concerns and goals. I hope to address your concerns and goals to achieve the best results possible.” 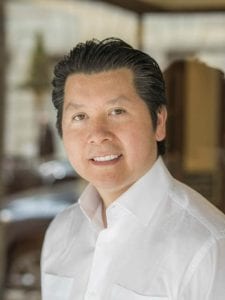 Based on commitment, dedication, and excellence, Dr. T. Y. Steven Ip, M.D., F.A.C.S. comes from a large family with siblings who are also outstanding doctors all committed to the care of patients. His father is a retired mechanical engineer who was educated at Columbia University and Massachusetts Institute of Technology. He has four brothers and two sisters. His oldest brother is a Johns Hopkins and Stanford trained cardiologist specializing in heart failure and his wife is a Stanford trained physician practicing psychiatry. His second brother and wife are graduates of University of California Berkeley and work as a civil engineer and chemical engineer. His third brother and his wife finished business school at NYU and works in the financial and banking world. His last brother is a UCLA and Cornell trained orthopedic surgeon specializing in the surgery of the hand, and his wife is also an UCLA trained physician practicing internal medicine. His two sisters are both cosmetic and general dentists. One is married to a physician and the other to a real estate developer. The caring for other people have always been integral part of Dr. Ip’s background.

Dr. T. Y. Steven Ip also presents a distinguished and prestigious academic resume’. He received a Chancellor’s scholarship to attend UCLA, where he graduated with an Engineering degree along with finishing his pre-medical studies. During that time he spent many hours volunteering at the UCLA hospital along with working in a research lab. It is with this experience that Dr. Ip decided to pursue a career in medicine. 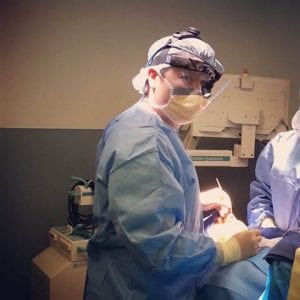 To further his surgical expertise Dr. T. Y. Steven Ip specialized his surgery to Aesthetic, Plastic, and Reconstructive Surgery by spending 3 years at prestigious Duke University, where he also served as chief resident. During his last year at Duke University, Dr. Ip presented his original research at the Senior Residents Conference and was awarded “The Best Aesthetic Paper for the year 1999”.

In the media Dr. T. Y. Steven Ip’s before and after results have been shown in national publications from “Playboy” to “Glamour”.

Dr. T. Y. Steven Ip has been the President of the Orange County Society of Plastic Surgeons and the Vice-Chairman of Plastic Surgery of Hoag Memorial Hospital in Newport Beach, California.

Outside of medicine, Dr. T. Y. Steven Ip lives in Newport Coast and enjoys being an active part of his community and charitable foundations. He also enjoys sports and is an avid runner, cyclist, surfer, tennis, and basketball player.

What Dr. IP's Patients are saying

"Dr. Ip recently did my breast augmentation and I am more than please with the results! I love them so much!"